The development industry is as fashion-prone as any other. Fads come and go. There are a few giveaways when it comes to spotting them. Deceptive simplicity is one indication. The idea should have a silver-bullet quality, promising to cut through complexity to the nub of a problem. Even better, it should be a notion that can be rolled out across not just a country, but a region.

Covering the Kenyan elections, which climaxed with the inauguration last week of Uhuru Kenyatta as the country’s fourth president, I suddenly realised I was watching a fad hitting its stride: the techno-election as democratic panacea. We’ll see it again in Mali’s elections this summer.

There is a lot to recommend this article, but I’d caution the author to take things one case at a time rather than encourage a bounce from one extreme — techno-election as democratic panacea — to the opposite: it’s all a scam. Of course, neither is true. 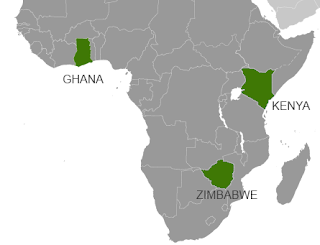 As we’ve so often said: biometric systems are extremely effective tools in the hands of capable managers. They can’t do anything, including run clean elections, all by themselves. ID management is about people, after all.

No one should paint, for example, Ghana, Kenya, and Zimbabwe with the same brush. They have almost nothing, not even biometric elections, in common.

Previous ArticleLaw enforcement interoperability, though little discussed, is a big dealNext ArticlePutting the mosaic together in Boston